American Folk Song concert is a music program examining the roots of American music. Mark Dvorak enjoys involving his audiences in sing-along songs and has a refreshing, down-to-earth stage presence.

Live @ the Library is a concert and performance held seasonally at the Spencer Road Branch.

The American Folk Song concert features songs, oral history, demonstrations, and the music of American folk artists such as Lead Belly, Pete Seeger and Woody Guthrie. These concerts by Mark Dvorak are a mix of the familiar and the new, traditional folk and standards from the Great American Songbook. He plays authentic country blues guitar and picks great old-time banjo. Mark sings with a clear, signature voice and he likes to joke around with the folks who attend his shows. Throughout the program, he’ll interject personal anecdotes and add a touch of history and social context to the performance.

The presenter:  Mark Dvorak is Artist-In-Residence at Chicago’s venerable Old Town School of Folk Music, where he has been on faculty for more than twenty-five years. He is a modern-day troubadour who has never stopped performing, writing, and recording. He has been called “a folk singer’s folk singer” with an “encyclopedic knowledge of traditional songs.” His songwriting has been described as “wondrous”, “profound" and “Masterful” by the Chicago Tribune. Since 1981, Mark has performed in nearly all of the United States and has visited several countries in Europe.   Dvorak continues to perform more than two hundred dates each year and looks back on a thirty-year career woven from the disparate threads of touring musician, educator, and community builder.

To participate in this in-person event, simply select the purple Register button to sign up and join us in the lobby area of the 1st floor at the Spencer Road Branch. 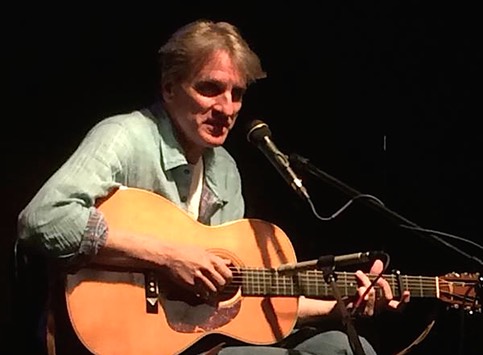 The Spencer Road Branch offers a large collection of items to browse and has professional staff to assist with questions about business and nonprofit services. This branch features large and small meeting rooms. Discover public computers, free Wifi, quiet study spaces, and separate areas for teens and children at this busy branch. Passport services and a drive-through service window are also available.