Little Brother: Love, Tragedy, and My Search for the Truth

This intimate exploration of race and inequality in America tells the story of a journalist’s long-time relationship with his mentee, Jorell Cleveland, through the Big Brothers Big Sisters program and investigates Jorell's tragic fatal shooting.

In 2005, soon after Ben Westhoff moved to St. Louis, he joined the Big Brothers Big Sisters program and was paired with Jorell Cleveland. Ben was twenty-eight, a white college grad from an affluent family. Jorell was eight, one of nine children from a poor, African American family living in nearby Ferguson. But the two instantly connected. Ben and Jorell formed a bond stronger than nearly any other in their lives. When Ben met the woman who'd become his wife, she observed that Ben and Jorell were "a package deal." They were brothers.

In the summer of 2016, Jorell was shot at point blank range in broad daylight in the middle of the street, yet no one was charged in his death. Ben grappled with mourning Jorell, but also with a feeling of responsibility. As Jorell’s mentor, what could he have done differently? As a journalist, he had reported on gang life, interviewed crime kingpins, and even infiltrated drug labs in China. But now, he was investigating the life and death of someone he knew personally and examining what he did and did not know about his friend. Learning the truth about Jorell and the man who killed him required Ben to uncover a heartbreaking cycle of poverty, poor education, drug trafficking, and violence. Little Brother brilliantly combines a deeply personal history with a true-crime narrative that exposes the realities of life in communities like Ferguson all around the country. 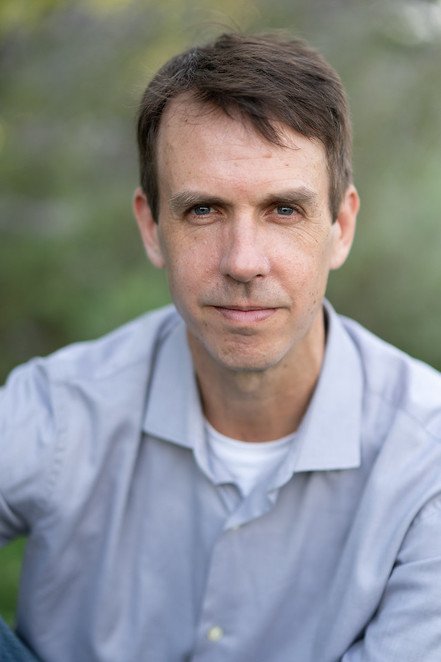 Ben Westhoff is a best-selling, award-winning investigative journalist who writes about culture, drugs, and poverty. His books are taught around the country and have been translated into languages all over the world.

Books will be available for purchase from Subterranean Books.

Check out Ben Westhoff's books from the Library HERE!