An orphaned, 14 year old boy feeling lost and lonely. A magical world desperate for a hero. An ancient evil lurking beneath the surface. This is the Journey Through the Advent Calendar.

After losing his parents, Zachariah finds himself adopted by his uncle and starting a new school. One he doesn’t really understand.

Spending months adapting to his new life and attempting therapy sessions, Zachariah feels lonelier than ever. Watching his old friends move on without him through social media, Zachariah accepts the hermit life with his favorite instrument, the drums. But the unexpected gift of an Advent Calendar changes everything. Zachariah is thrown into a world of unpredictable magic where he is expected to be the hero. His expert on the world of Burra Din, a feisty girl named Asha, guides him on his journey and becomes more than just a friend. From a giant serpent to a shadowy wraith, will Zachariah be able to save the world of Burra Din?

Who knew Christmas could be so dangerous! Join Zachariah in revealing the ancient mysteries behind each door of his unique Advent Calendar. Journey through the Advent Calendar is an epic tale with a modern twist.

Readers of all ages will enjoy this beautiful story of tradition. 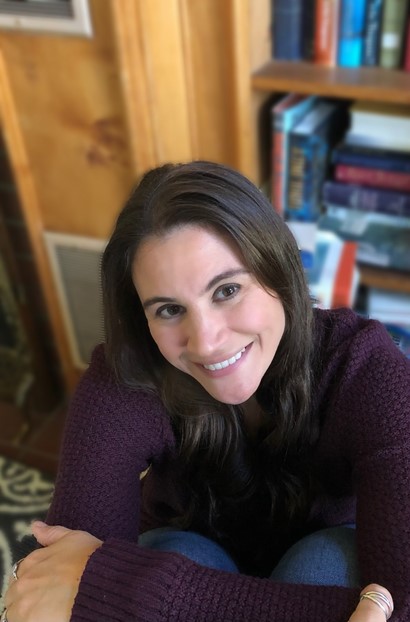 Rachel Browdy has many roles. First and foremost, she’s a mother of three, wife, sister, daughter, teacher, and friend. She has a Bachelor’s and Master’s degree in history with certification in secondary education. Browdy grew up defending castles, building pyramids, enchanting mummies, flying dragons, fighting evil, riding into battle, and more in the beautiful green hills of Missouri. Rachel Browdy's family contains a rich history of German, French, Polish, and Irish immigrants whose lives entangled to make her who she is today. Rachel is known for her elaborate imagination, storytelling, love of a good story -- whether it be book, movie, or television series -- and for tormenting her husband with the simple words, “So… I have an idea…” which usually leads to an elaborate undertaking. Rachel Browdy is happiest watching her children create grand adventures with their imaginations, spending quality time with her family, and releasing her ideas onto a page. She enjoys writing stories for adults as well under the penname R.L. Dailey! Visit the Deer Run Branch where you will discover a great selection of books, music, and movies. You can also access free WiFi, meeting room, a teen space, and public computers. Pick up your holds using curbside service.